Andria Thomas is a Ward 6 resident, a mom, a business strategist, a grassroots activist, and a passionate advocate for DC rights (#HandsOffDC) and DC statehood. She seeks to be the next shadow senator for DC.

Andria is new to political candidacy, but not to political activism and community engagement. Some of her recent experience includes:

As with so many of us, those are activities that Andria has pursued in her “spare time”, or while on maternity leave from the November 2, 2016 birth of her second daughter. Andria’s professional experience is as a strategist for companies, foundations, and governments. After graduate school at Carnegie Mellon University, where she earned an MBA and an MS in Public Policy, Andria shifted from working for technology startups to management consulting. She worked for the Boston Consulting Group in Chicago and Helsinki, before moving to Washington DC to join Dalberg Advisors, a strategy firm with a social mission. At Dalberg Andria co-led the global practices for Organizational Effectiveness and Financial Inclusion, and also led work aimed to closing the digital divide for underserved populations – especially women. Today, in addition to campaigning for this position, Andria works part-time for The Leadership Now Project as their VP of Operations and Strategic Initiatives.

For 10+ years, Andria’s full-time job has included building coalitions, shaping effective strategies, and designing plans that lead to action. These are some of the skills Andria will use to further accelerate the DC statehood movement and help DC’s 700,000 residents achieve our goal. 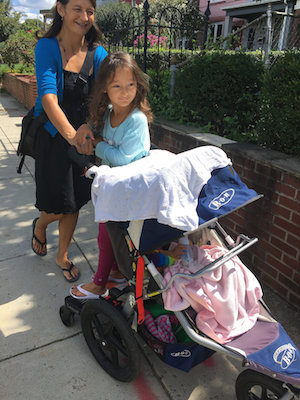